Dave and I are the proud uncle and aunt of a new nephew! Dave's brother Mick and his wife Donna welcomed a new little baby boy into the Rowley fold about three weeks ago. Kalani John Rowley is his name! He is terribly cute.

I think. I haven't seen any pictures of him but I will wager that he is cute because he is a baby and he is a Rowley. This doesn't feel like a giant gamble.

I have made some hypothetical images of Kalani with which to celebrate his arrival. 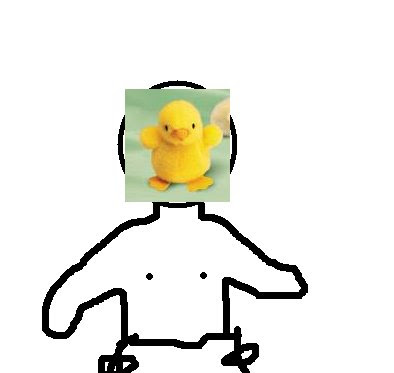 Baby chicks = adorable. We will adopt this theme. Kalani has hands, though. Not stumps. 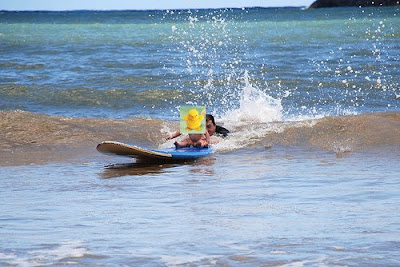 Kalani was named after a famous surfer. Named Kalani. Here are Kalani and Mick surfing already. Except that's not Mick. But that's Kalani. Isn't he adorable? Just like a baby chick! Who can surf! 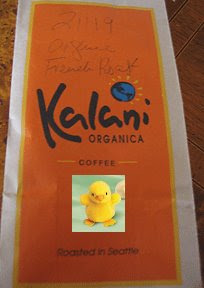 Kalani is also a brand of coffee based here in Seattle. Here's a pound of our new nephew! What a cutie. Smells like coffee, but also yellow and fluffy. This is him in French Roast. He's organic.

Hurray for Kalani! Hurray for Mick and Donna! Hurray for Daniel and Bryson and Brodie, his older brothers! When we have some real pictures of him, we will post them.

P.S. If you think we're crazy for just assuming that this brand new baby is cute, look at one of his older brothers. This is Brodie a couple of years ago. 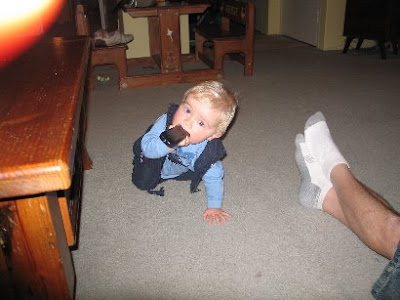 See? We're not as crazy as you initially thought. You were like, babies, I don't know. They're okay I guess. But now you're eating humble pie. And now you're like, baby chick! That is apt!

P.P.S. I posted twice today now so it's okay that I failed to post yesterday.

Email ThisBlogThis!Share to TwitterShare to FacebookShare to Pinterest
Labels: kalani, the boy, the coffee, the surfer