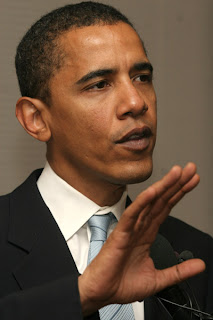 Tina, how are we doing with the stumping? 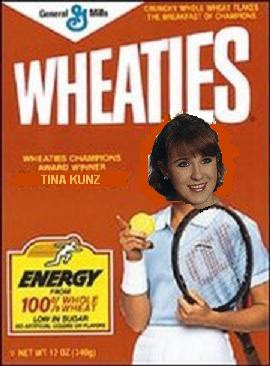 The Gallivanting Monkey has not gotten a toehold into Delaware or Idaho yet but I am working on it. I'm going to try to bust in over the weekend. Dover and Boise, you better throw open your doors or put some Nerf stuff on the floor for me for when I ram my way through with a log. There may be a couple of other Super Tuesday states that aren't completely under the thrall of this micronipotent mommy blog but I will sniff them out and eat them also for breakfast. Much has made of Oprah's support of you, Barack Obama. Little of the Gallivanting Monkey's. That's all right. I'm like the invisible wizard pulling all the strings.
*******glissando (magical escalating strings) sound effect*******
AP: Literally ones of disoriented blog readers found themselves on Tuesday staggering to their primary locations with their arms outstretched like zombies. Exit polls confirmed that 100% voted for Barack Obama. When asked to cite the most important factor in choosing a candidate, 100% cited a recent endorsement by The Gallivanting Monkey. Word had been circulating in the Super Tuesday states that one Finn Rowley, when asked by his mother whom he preferred between Senator Obama and Senator Clinton, gave the unprompted reply "Barack Obama" and made a beeline for the television set, where he stretched his arms out to hug a Tivo'd still of the charismatic senator from Illinois. Rowley's mother wished to reiterate to the waiting media that this reply was indeed truly unprompted, showing that Senator Obama is cutting a swath into the untapped 24-months-and-under demographic. Also, a glissando sound effect was reported in all of the Super Tuesday states just before the polls opened.
Posted by Tina Rowley at 7:04 PM