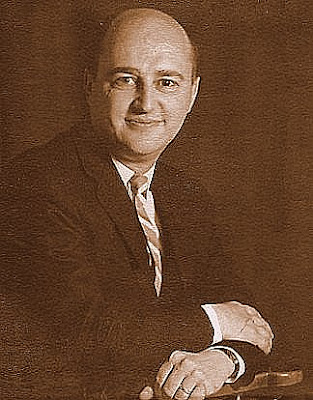 Three years ago today my dad died. We're not having a bad anniversary. We're doing fine over here, all of us. We're having a much better day today than we did on this day in 2005, and we're appreciating that.

They have these cheap Valentine's cakes in the stores these days, single-layer cakes in plastic heart-shaped trays. I bought one of them in a stupor on the day my dad died, and stabbed at it halfheartedly with a fork right out of its tray. You can buy and eat anything you like however you like on the day somebody dies, with no shame. It's a small perk. I saw one of those cakes today but I didn't need to buy one.

Going through my folder of stuff for my show, I found this. I want to post it today even if I still use it:

When my father died, right afterwards, like in the following two or three days, I was tearing my hair out at night trying to figure out where he was. Where is he? Where is he?

I was angry that I didn't know. I was angry that we hadn't been given this information. Just for two or three days I felt this caged rage, like I had to do something, see somebody about this - not here, like a therapist, but you know, Up There. The Management.

And I felt at night,
those two or three nights, in bed,
like a child. Like a real child.
How you don't know how it works.
How amazing it is that your mother or father can drive a car.
How they know how to get somewhere that's half an hour away.
How they know where to go on the freeway, when I can't even see all the way out of the side window of the back seat. I'm too short.
How they can get the car all the way to the airport with me in the back seat lying down looking up at the perforations in the leather on the roof the car. The ceiling of the car.
They didn't need anything from me, I had nothing to give,
no knowledge was required of me.
Squired from point A to point B.

I felt that way when my father died, in my bed those nights,
like I had just been squired from point A to point B
but this time I didn't know who was driving
or what point B was other than backwards to where I didn't know anything at all.

I could see the ceiling of my room, and the red walls leading up to the ceiling, and the white moulding along the length of the ceiling, and then it was just ceiling and all I knew was that my father was somewhere on the other side of the ceiling.
But on which side? To the left or to the right?
When I address him, which way should I look?
Up, right? But up and over?
Straight up? Up and to the left?
How many feet? A hundred feet? Four feet?
Fifteen feet up and four feet to the left, but just out of this world?

And after those two or three days passed I was an adult again and I wasn't interested in where he was. Just how he was.
Posted by Tina Rowley at 5:20 PM

Email ThisBlogThis!Share to TwitterShare to FacebookShare to Pinterest
Labels: a happier anniversary, hi dad, i'd like to know both where and how you are

From that one teeny tiny picture of you in the corner there, I can see you look a lot like your dad.

This is brilliant. You're awesome.

That is the most beautiful thing I have ever read. Ever.

Wow, Tina. Your mind is a beautiful thing. I love getting to hear about the way you see things. And kudos to your dad for his role helping get you to the point of who you are today- he must have been a magnificent man/chauffeur. :)
I hope you're feeling close to him today, and have a peaceful feeling about all of those unanswered questions.

I lost my dad about 8 months ago, so this was very touching to read. And also good to hear about the process for you. I had some pretty bad days the few months after he died- just all of a sudden view-from-the-cliff sorts of days that seemed to come from nowhere. His birthday was hard, and the holidays. But I have friends who have been through this stuff and it's good to hear that people like you have made it through the darkest part of the forest.

The day you wrote this post was exactly ten days before my father died. He died on Valentine's Day. Or, rather, they unplugged him on Valentine's Day and so that's the day he died. I can relate so well to every post you write about your dad.