it's the moon, stupid 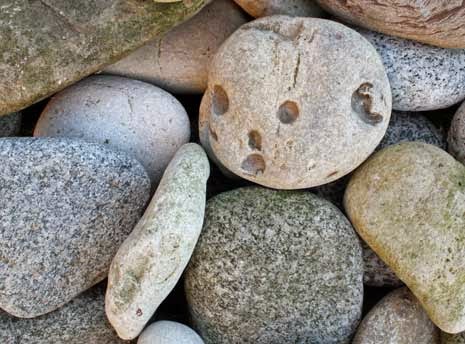 I've been reading the book 100 Essays I Don't Have Time to Write: On Umbrellas and Sword Fights, Parades and Dogs, Fire Alarms, Children and Theater, by the playwright Sarah Ruhl, which is tormenting and delighting me in equal doses. (Get it and read it.) They're teeny but powerful, these essaylets, and it's a brilliant conceit. Pop it out there. Whatever you have is enough, particularly when you're Sarah Ruhl. That's the heart of an essay, anyway, a raised question. The question doesn't have to get answered. You just try for a while.

So Ruhl's essays are primarily about theater but not at all only about theater. They're about life and art and children and yeah, mostly about theater. They're like all these surprising bites arranged on a tasting spoon by a master chef, and you pop one in and it's wonderful but then it's gone and you're left with the question running around in your system and it's only just started to get explored, and so your brain takes over chewing on it—which would be fine if it were one, or three, or five. But there are a hundred of them, so easy to gobble, and even though you can swallow them all very quickly you can't digest them quickly, so you get—I get, I got, I have—this hot kind of indigestion of the brain now.

The first time I ate a whole steak (I was raised as a vegetarian, and even after I began eating meat, I couldn't handle a whole whopping unadulterated hunk of it, so I didn't try for years) I sat on the floor afterwards watching a movie, and my body was very subtly bouncing up and down, bouncing, because my digestive system was going berserk trying to work out how to break it down.

I feel that way now. I feel bouncy, because her essays make me excited, and they make me want to do something, though I'm not sure what. And I feel agitated because a good essay, and maybe all art, drags you over to the ineffable and sticks your head in it for a while, like getting a reverse swirly* where your head is shoved up into the cosmos and it all spins around and you can't quite breathe or catch everything, and also, unlike a regular swirly, you're up somewhere wonderful where you'd like to stay.

*It's been brought to my attention that not everyone knows what a swirly is. It's when somebody sticks your head in a toilet and flushes it. Voila.

The ineffable has something we need, an oxygen we don't get when we're treading where we can understand everything and talk about it in words.

Back when I was an actor, I took a clown class, and our teacher taught us about something called the bid (pronounced "bead"), which was an ineffable little motherfucker you'd be searching for on stage as you improvised. It was something like a thread, a rope, the thing you'd find that the rest of the improvisation could follow home. It was a premise, a direction, an action, something solid and good and worth improvising about. Something funny, also, too, because clown class. And if you found it, you were golden. You couldn't fail. You just had to do the great thing you were doing and let it lead you to a conclusion.

I'm looking for the bid here, what Sarah Ruhl's book is making me want to tell you.

I'm going to hit you with three excerpts in a row from the book now.

Sometimes it seems to me that the whole world is becoming an airport, with more and more glass, with fewer smells to distinguish one place from another, and with nowhere quiet to sit in the dark, or sleep. And yet, of course, the theater is one of the few places left in the bright and noisy world where we sit in the quiet dark together, to be awake.

From “People in plays”:

The first choice any playwright must make is whether to people the play with people, as opposed to puppets, gods, voices, or inanimate objects—teacups, eggs, spoons. Mostly, this all-important choice goes unremarked on, as it is by and large assumed that plays will have people. I suppose the choice goes unwrestled with because actors will be in our plays and we assume that actors would prefer to play people rather than stones or snails. But this is not always the case.

And so it might be worth going back to the first principles once in a while and wondering, sitting before the blank page, if one wants to people one’s play with people…or with devils, fairies, furies and stones.

From “Dogs and children on stage”:

And it got me thinking about that old adage: never put dogs or children on a stage. A dog can’t act like a dog; a dog is a dog. Children can’t act like children; they are children. And therefore unpredictable. A dog doesn’t work; a dog plays.

Is the mimetic function, then, always a form of work? Is that why I find it refreshing to see dogs and horses and small children on stage? Because they are what they are and they are automatically in a state of play rather than in a state of work?

I love a dark place where we gather together, awake. Nighttime, dreamtime, but we get to be together and remember all of it. A communal, lucid dream. Dreaming doesn't have to be so lonely after all!

And while we're dreaming, yes, why does it always have to be people? This thrills me because we forget how much agency we have across the board. We fall asleep, run on autopilot. We have a billion more choices each day than we begin to remember. Eggs! Stones*! Furies!

*I got to be in a reading of Sarah Ruhl's play Eurydice at The Seattle Rep many years ago, and I played a character called Big Stone. And I got to meet her and have a beer with her, and now I'm retroactively more excited about that than ever.

And then the thing about children and animals, and work and play, that lit something in me. That quicksilver something on the loose—life force itself, maybe, before we've stiffened and clumsied it up, frozen it, ruined it—I can feel it when she describes it, hot and lively, and I feel sorry for myself that it doesn't drive my every move without interference. It would feel so good.

There's something at work play here that Sarah Ruhl is pointing to, something that wants to save us from ourselves, something revolutionary, I think.

It made me think, for one thing, about corporate attire, and how funny it is that clothing that's shaped in these specific ways is meant to announce a certain type of human inside, powerful and serious. We all use clothing to signify something, but the rules of attire for business folk (and politicians) are so strict. There's something crazy about this. I wish I could say what made me laugh so much about it, but the arbitrariness of the sartorial rules and the self-importance of some of the people carrying them out and the planet-destroying lunacy of the decisions these crisply dressed motherfuckers make got to me. Here's a big man in a big suit! Big suit man. Where you going, big suit man?

And it made me think about art, and artists, and the work of artists, which we don't think is serious. Look at these flibbertigibbets in their little berets, noodling around! But it's very serious. It keeps us awake, and if we don't stay awake, we'll almost certainly crash the planet into a ditch.

That's the bid. That's the seed I was looking for, what aroused me in Ruhl's work. I was feeling wistful when I read her essays because I don't participate in the making of theater any more. I wanted to play! But then I thought about Zen teachers hitting their students with sticks at the right moment to bring them to satori, and I thought about what the Buddha said about how his teachings weren't the moon but just the finger pointing to the moon, and I felt better. Theater isn't the moon. Theater is a finger.

I don't have to make theater to ride this train. Thank goodness. The revolution that she's circling around—that unleashing of life force and awakeness—that's everybody's business. Thank god. Now I can stop trying to talk about it. Trying to talk about the ineffable is the goddamn worst. This was close enough.

This was so good for me to read. I appreciate the steps you are taking and putting out there.

Whoa, Sarah Ruhl!! I saw her play, Eurydice, at the Yale Rep on a trip down the Connecticut River from college in autumn 2006. I caught a ride with some upperclassmen and afterward we visited the only person we knew in New Haven, who happened to be our tiny college's recently graduated token conservative who was going to Yale Law. The play was fucking awesome, and the trip felt totally surreal. But I'd totally forgotten about Ruhl since then. Holy hell that was 8 years ago. Yikes. Thanks for the pointer to her essays. Anyway just came across your blog after seeing your hilarious Stranger piece. Keep up the good work.