oh my god he really is a playboy 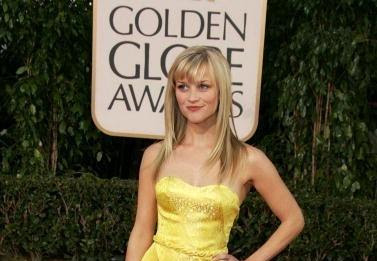 This is my mom's financial advisor, Mary. I know who you think it is. It isn't. This woman's name is Mary.

Mary the financial advisor came to our house the other day. She's an attractive blond lady with long hair and bangs, and Finn was like, Ka-DOING! She was in our dining room with my mom, and Finn was glued to the safety gate next to her like a tiny Stanley Kowalski calling, MARY! MARY!

After she left, a subscription card fell out of an Us Weekly with Reese Witherspoon on it, in all her lemony Golden Global splendor. Finn carries it around now, and murmurs to it wistfully. Mary, he says. Oh, Mary. (He really says "Oh, Mary".) Dave and I follow him around doing Jimmy Stewart impersonations. Ah, Mary! Whydja leave me, Mary?!

Also, he points to her chest and says, BOOB! And I can play that either one of two ways. If I slip and say, yes, she has boobs, if I use the word boob, he comes barreling over to point out that I, too, have boobs. If I just acknowledge it without saying the word, if I say, yes, that's true, then he just stands there happily.

He popped awake in the middle of the night last night and said "Mary."

While Reese Witherspoon is his favorite replacement Mary, any attractive blond lady in a magazine will do. Does my 14-month old son have a type? Today, though, we were at the University Village and a pretty brunette was behind us in line for sandwiches. He craned around to see her and said in the weird deep voice he uses for greetings and partings, "Hi." 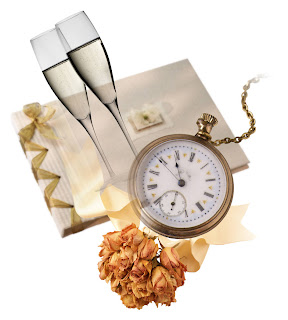 My mom babysat Finn. Oh, we got it all set up. We got him all set up with her, with his toys and books and foods. And we got all dolled up. I ran around that day looking for the right lipstick. Dave wore a TIE. (On which, more later.)

The wedding was to begin at 7:15, on a special boat. We left the house late, but traffic fairies sparkled around our car and delivered us to the boat just about on time. The wedding was just about underway, but we made it.

This was the wedding of a couple of actor friends. When I looked around the crowd, I marveled at how I didn't know any of these actors. Hats off, bride and groom, I was thinking. You have managed to find a whole different fuckin' pocket of the theater scene. Who is everyone? You'd think I'd know ONE person in the crowd.

Yes, everybody looks very unfamiliar. Unfamiliar, indeed. Hmmm. I think I'll ask this man with a camera here, on a whim, the names of the bride and groom.

I stage whisper, what wedding is this?

The man whispers back, this is the Pascale-Squire wedding.

I start to go up steps. There are very ready and freaked-out looking bridesmaids lined up on them looking at me. What are they saying? They're saying NO. NO.

Voices below me are saying, NOT THAT WAY.

The song that was the processional in Dave's and my wedding - Buckets of Rain - begins to play. I am disoriented. It is a miracle that I don't turn around and march slowly to meet the groom.

I come back down the steps and scoot around to Dave. This is terrible. Where is our wedding? It is surely starting right now! Oh, we'll be late now, for sure. We'll just make it on time for the reception. Won't people laugh, though, at the reception we'll be at in a short while, here? We'll all be laughing and laughing in about half an hour.

We exit the boat, which mercifully is not a boat that moves through water. It's a boat that stays near land. Otherwise, we would have been forced to Vaughn-Wilson the Pascale-Squire wedding while we sailed around interlopingly with them.

We stand on the dock, thinking. I should have brought the invitation. June 22nd, I know that. The 22nd, for sure. I know. I'll call my brother. He's at home with the invitation.

We call him and he reads us what it says on the invitation. While he reads it, my ear tries to turn around and climb into my brain. It's like, brain, don't let this in. Don't listen to this man. You know better than this. I will defend you, brain. He is saying something about July 22nd. He is CRAZY.

No, he's not crazy. Poor bride and groom. THEY'RE crazy. They sent out all those beautiful invitations with the wrong date on them. Is what I honest-to-God think next. That's so sad. So expensive.

Then my mind relents, and that is when I pee my pants a little. We are a month early for the wedding. I'm doubled over giggling in my hurty shoes.

Dave is great about it. Fantastic, even while wearing a noose. He even let me pick out the noose. He loathes ties so much, there is no overstating the case. So his application process for potential ties has historically been, let's say, BAROQUE. Nothing geometric. Only curvy lines. But not like that. No, it has to be shapes like you might find in nature. No, not nature like that. Not nature like that, either. See, look at this tie, which is neither possessed of curvy nor natural-looking patterns. This is almost right. But not right. But close. WHAT?!

But he let me just pick it. And it had purple in it. And it was unnatural. And he looked HOT!

We decide to go out to dinner, since there's no way we're going home after we've gone to such great lengths to look as awesome as possible in our nooses and foot-stabbers. On the way to dinner, Dave is so great. I'm apologizing and he's like, no, I mean it. This is great. If someone had told me years ago that this was the kind of thing my wife would do, I would have been like, BANG. YES. THAT'S MY WIFE. BANG.

We went to the same restaurant we went to after we tried to go see Casino Royale the first time. We were angling for the table of honor again. We thought, this story is so hilarious, they will give us the table of honor again and then it will be even more hilarious! We were like, we're going to play it cool, but we're going to tell them the story. We won't let on that we know about the table of honor, but we'll make it IMPOSSIBLE for them to resist giving it to us. We got there and told the guy the story, but he was so focused on calling Dave "my man" as many times as possible that he was unable to read between the lines.

But when you can't be bothered to read past the J-U on an invitation, if you're like, aah, screw it. I'm going to stop reading here. I know that that month. I know what's going on. Then you maybe you haven't earned the special table. Or, you've earned a special table, all right. But the different special table.

P.S. I almost forgot. On the "night" "before" "the wedding" I left a comment on the bride-to-be's blog telling her to have a "deep and dreamy sleep". I'm sure she was like, WELL NOW I CAN'T, CRAZY LADY. Because you are creepy.

P.P.S. Which reminds me of the time I went to Home Depot with Dup's Blog and Bladio Blogio and we were waiting for some paint and I was looking at paint chips and sidled up to - or really, the sidling was so close that it was verging on snuggling up to - Dup. And I had a paint chip and I said to Dup, "I almost painted my bedroom like...." in this weird small voice holding up the chip for Dup to see. But it wasn't Dup. It was a freaked-out older man with pursed lips who was looking stoically ahead and pretending that a crazy little special lady wasn't coming on to him about how she almost painted her bedroom this particular color. Like, that could have been you and me in there among this peachy splendor, random man. Ugh.

P.P.P.S. I made this family portrait. 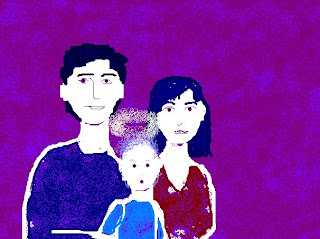 My mom came into the room when Finn was banging a wooden ball on a wooden box. She said, "Well, aren't you a playboy. Noisy little playboy."

The Noisy Little Playboy. I picture a 1950's Manhattan apartment scaled down to toddler size with the free jazz on the phonograph, and Finn with a little pencil mustache frying late night omelettes for a bevy of tiny martini-swilling dames. Meanwhile, Roger the very small accountant from upstairs is banging on the floor with a broomstick trying to get him to pipe down.

A particularly raucous evening Chez Finn. The conga line snaked
directly to his pied-a-terre and they all decided to go for a world's record. Roger practically had a coronary.

*This is the new request Finn makes all the time. "Camel me." I love it. I don't really know what it means. It's camel, but it's more than camel. Show me a camel? Turn me into a camel? Hand me that camel? Is it like a high-five? Camel me. Oh, yeah. That's what I'm talking about.
Posted by Tina Rowley at 10:36 AM 5 comments:

ask me how many times i've said "camel" today

More than the busiest camel merchant who ever lived. Really, more than anyone else has ever said it, ever. With the NOTABLE exception of my son.

"Kanga" is long gone. "Cow" is so five minutes ago. It's, well, this was our afternoon:

Me: This book has a camel, too, look.

Oh my god, as I'm writing this, I can hear Finn downstairs with Dave saying "camel camel".

We could nip this in the bud immediately if we bought him a stuffed camel. He'd be all....rhino!

P.S. Also, whenever Finn sees one of these guys 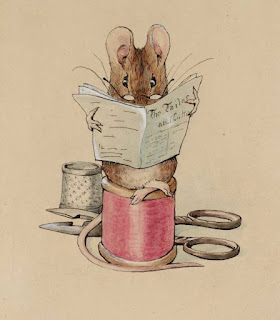 he's like OH HELL YEAH THAT GUY IS BRINGING THE PARTY IN HERE.