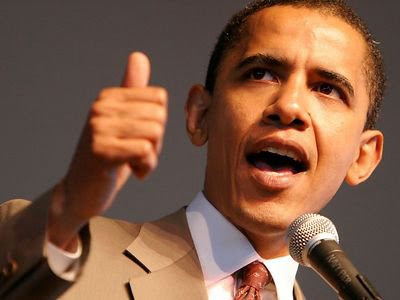 My statcounter tells me I have a little Texas and Ohio tuning in. We've also got a drop of Vermont, so welcome to you, too.
Rhode Island continues to not be in the house.
Howdy, Lone Stars! What up, Buckeyes! Hey there, Maple Syrup Makers! Tomorrow's the big day. I want to tell you why I'm supporting Barack Obama, and I hope you'll look into it and give him your support, too.
I've done this more in depth here and here, so this is the quick version.
This man has inspired me to get up off my ass and out of the house to work for him. I'm not one of those people who's been active in all these other elections. I've been snugged up cozy as hell in my armchair watching it all happen on tv. But it looks to me like this guy, from his community organizing to the way he's framed his campaign around the word "we", sincerely wants us to wake up and get involved. You know how Lincoln talked about a government "of the people, by the people, for the people". I really think that Barack Obama wants one of those. For real. Like, he means it. He's sincere about transparency in goverment, and he wants us to all get up off our asses and keep an eye on what's going on and participate in our country like adults.
He's the leader that the rest of the world is most excited about. Coalition of the willing, nothin'! Coalition of the psyched! If foreign policy is your concern, get behind the candidate that's going to inspire the world to our side again. Obama's all about dropping the calcified ego of the American government and participating in world affairs in a fresh way.
If you're worried about the economy, take a look at this: Economists for Obama.
The man is for real. The movement is for real. If you're already for him, be sure to get out and vote -- and if you live in Texas, make sure you keep your voting receipt and show up again at 7pm to caucus for Obama, too! Another third of the delegates are distributed through the caucus.
And if you're not sure, go to http://barackobama.com/ and look through his Issues pages. If you really want to go for it, brew yourself a cup of tea or grab a beer and sit down with his full-on Blueprint for Change. If you think he's short on policy, you'll be feeling differently after 64 pages chock full.
All right, sugars. There's my two cents and all of the rest of the change out of my purse. Thanks for listening.
Posted by Tina Rowley at 4:17 PM

Email ThisBlogThis!Share to TwitterShare to FacebookShare to Pinterest
Labels: bring it home, buckeyes and lonestars and maples and...rhode islands, vote and caucus

GREAT POST!!!! Way to be all informative and concise!

Obama makes me want to listen to Marvin Gaye and wave my hands.

Hey, that's the same picture I used for my Creamy Eggnog post!