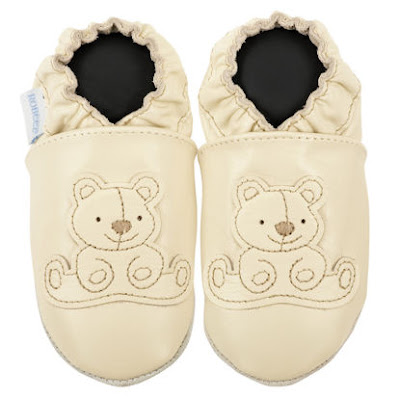 Are we ready to have another baby? Do you mind if I think aloud here about this? Oops. It's too late for you to mind. I've already started.

So, Finn is 23 months old today. We are such good friends, Finn and I, I can't even tell you. When he wakes up, the jokes begin. They're not jokes. They're just...we just start being funny at each other. For each other.

That's it. You just say "fuh" and you do it as stupidly as you can. Make your face go all limp and passive while you do it. He started this joke. It was his first foray into joking, I think. Now we do it all the time. He'll do it, and then I'll do it, and he'll giggle like hell and then he'll say "Finn do 'fuh'" and I keep quiet and he does it and we laugh, and then he's like, "Mommy do 'fuh'!" and I'll do it and it goes back and forth and just gets funnier and funnier.

You'd think he's like five months old with this, or I am. I swear that this is all more sophisticated than it sounds. Because it's not what we're doing. It's how we're doing it. With...funnyness. Mutual funnyness. You have to believe me.

Whatever, no, you don't. You don't have to believe me. Finn believes me. Finn knows what I'm talking about. We make each other laugh until we're just laughing about the fact that we're laughing. And then Finn starts doing his fake laughs, which are bizarre - sort of a cross between a laugh and a choking cough. I don't know what's with the fake laughing but he's really into it. AH-HA HA HA HACK HACK ARRGH RRRAHHG.

I remember when he was just a few weeks old and I was sort of dipping into post-partum depression, and I was worried that we weren't bonding. I wish I could travel back and show me the two of us now. That would have taken a load off.

He's my boy, my little wonder man. I love that I have all this time and attention to give just to him. That would, naturally, change. Oof! I worry about being pregnant and not being in the kind of condition where the little elf can jump all over me. He sleeps in our bed and, damn it, I still like it - even when I get kicked in the stomach. And that would have to change. I'd have to set up a total Secret Service perimeter of protection around the whole belly area. I don't want to block my little man! I love getting dive-bombed and battering-rammed with Finn love. He's getting big but, c'mon, he's still a baby. He's still completely my baby. And it's cuddle city with us. I hate the idea of having to regulate all of that.

But I'm 38, I'll be 39 in July. And we want, have always wanted, feel like it's our magic Rowley number to have another child. The house we're building is built with another little person in mind. And I'd love to see who else we can come up with, the one we have is so good.

The thing is, I don't know this new, hypothetical baby yet. I don't love this person yet. How could I? We have not met! But I feel bad bringing in a new person to the scene when the decks seem all stacked in Finn's favor. We know him. We have hung out for almost two years and we are tight.

And then I feel bad for Finn, how we'd have to be all, move over, bacon. It's time for Sizzlean. I mean, you know, don't move all the way over, bacon. It's time for Sizzlean AND bacon. We still love bacon. Smart Bacon. We're vegetarian. Whatever. You know what I'm saying, bacon. We still love you, always will. But you're not the only guy on the plate anymore. Wouldn't be. He wouldn't be. I don't know, I don't know if I'm ready for him to not be the baby.

I'm over the reluctance to go through pregnancy again. Pregnancy was a fucking bitch, no two ways about it. The drooling, the queasiness, the sensivity to smell, the throwing up at the grocery store, the throwing up of entire dinners that didn't appear to have been eaten at all. The giant fucked-up prenatal vitamins that smelled like the toes of the ass of death. Never mind the long back labor and c-section and rough recovery. All of that - it's all right, I can do it again.

I can do it because I know what the reward is, now. I know that I'd be cooking up another most beloved companion for life, another player to roam in the deepest circle of me. I don't let too many people that far in - you can't, really. You're lucky to get anyone at all down in the deepest parts, when you think about it. But there'd be no denying it, for better and for worse, I'd have another person hitting me where I live. That has to be good, even when it isn't.

When I wake Finn up from his nap, I lie on the bed with him for a while and we gaze at each other and I think about how we're tied to each other for life and I feel so privileged and grateful.

And Finn would have a wee compadre. Possible best friend. Possible enemy. Possible frenemy. However that turned out, all of the blessings and the tricky navigation of a sibling is something I want for Finn.

This is good, talking about this. When I started this post I had a big lump of fear right in my gut. Now it's shifted. I'm seriously getting sold on this new baby. I'm about ready to go buy some prenatal vitamins.

I have the feeling that the minute we make a move on this, someone's ready to jump in. I could be wrong but I doubt it.

I'll keep you posted. Thank you for listening.

P.S. Yes, those are the names we would be using. Not subject to change. You love them.

P.P.S. I'm moving my comment up here. Thanks, you guys. My "Cycle-beads" suggest that Monday is a good day to begin. However, I'm actually having unprotected sex right now as I type.

John, yes! I meant to talk about that, the part about it being mind-bogglingly exponentially harder. I have that thought also well in mind. Which, you know - I'm not psyched about it, but I have some acceptance of the fact that for many years I will be like OH MY GOD WHAT THE FUCK HAS HAPPENED TO MY LIFE in addition to the good feelings.

I moved the comment up here because I thought it was important that the world know that I'm making this decision with that fact very clear in my head. Would that two babies simply meant another person to carry the incredibly-densely-laden silver Mother's Day breakfast tray up the stairs to me. Two babies, yes, do not = two fairy voices now giggling in harmony + no extra trouble. Two children = are you kidding me + you must be fucking kidding me + apparently you are not kidding me.

I've also thought about it from an environmental standpoint, and while that is an important consideration, it hasn't tipped us into the adoption choice. That's definitely an option, but it's not our first choice. I remain totally open to it, though. It's a beautiful thing to do.
Posted by Tina Rowley at 1:51 AM

Email ThisBlogThis!Share to TwitterShare to FacebookShare to Pinterest
Labels: babies, Finn, more of them

Why are you reading this comment when you should be having unprotected sex right NOW. love the names.

My take (as dad of two):
Exponentially more challenging, a harder challenge than you can imagine, no SERIOUSLY I'm not just being cute about that, also indescribably wonderful, also VERY VERY HARD.

Hahaha I love laketch's bossiness. Get thee to bed, woman.

I think Finn would love to have a straight man (or woman) for his comedy act. Do it! I am wishing a baby on you right now. Closing my eyes and wishing.

Thanks, you guys. My "Cycle-beads" suggest that Monday is a good day to begin. However, I'm actually having unprotected sex right now as I type.

John, yes! I meant to talk about that, the part about it being mind-bogglingly exponentially harder. I have that thought also well in mind. Which, you know - I'm not psyched about it, but I have some acceptance of the fact that for many years I will be like OH MY GOD WHAT THE FUCK HAS HAPPENED TO MY LIFE in addition to the good feelings.

Just imagine Finn teaching Oona or Fred the "Fuh" game. "Here's a little something that Mommy and I worked up, I think you're ready for this now."

Bladio is going to be totally freaked out by this description: “toes of the ass of death”.

On the subject of another kid… Go for it! Sure, Finn will need some time to adjust, but he will! (Please note that I do not have kids and I am not a child psychologist, and therefore may not be qualified to give this advice.) What is the best thing a parent can give a child other than tons of love and a great childhood? A sibling! I have 3 brothers and I cannot imagine my life without any one of them.

OK, so I had a reply all written out at work, but I left it on the comment screen for too long before submitting and apparently Blogger doesn't like that. Then I came home and compared notes with Paige and started re-writing, and it blossomed into more than a comment so I'll post it on the ol' Chicken blog.

In the mean time, I have to say that "the toes of the ass of death" is one of the finest descriptions of anything I've heard in a long time. Worthy of Joe Chicken, I must say. And it's also a damn fine name for a band, so fine that I'll have to go make an album cover for them.

I gotta say, I just turned 38 and "Fuh" is pretty much the extent of my humor repertoire. Sounds like Finn is way ahead of the curve to me.

I think you OWE IT to the enviornment to bring more love into the world. Go, mamma, go!

My 2yr-old kicks, sits & bounces on my 33-week pregnant belly all the time - in the most loving way possible, of course! She also pulls my shirt up, lays her head on it and talks to the baby, sings songs to it and kisses my bellybutton. I wouldn't worry about the pregnancy part of it :)

I *do* love those names and not just because you hypnotized me into loving them. Go forth and multiply!