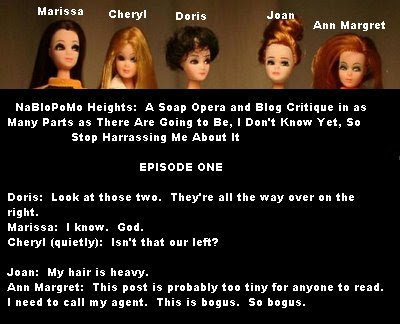 The text in that title isn't centered. Isn't that killing you?? It's killing me, too. Argh.

If you are old like I am, did you used to say "bogus" all the time in high school*? Today I began to miss "bogus". I want to launch a revival. Please, when things go wrong for you over the next while, please think or grumble aloud, "That's so bogus." If you love me, grumble it so people can hear you, but only just. Grumble it so the bank teller will say after you leave, "Did that guy just say 'That's so bogus' as he was leaving?"

Yes, he did. Your fee is totally bogus.

It's best to say it when you're leaving, and it's best to hang your head and kind of shuffle a little when you say it. I think that's how it's best.

*If bogosity is a mystery to you, here is an example of bogusness. The, I think, original example. It is 1984 and Duran Duran is coming to town. I have already been to a concert once, back in 1983. I went to the Police concert. I am under the impression that my concert cherry has been popped, and that concerts are permitted for me now. But I am denied permission by my parents to go see Duran Duran. This is BOGUS. In 1982, I was denied permission to go to the Wave Spectacular, but a.) I didn't have the language to explain the bogusness yet and b.) a precedent had not been set, so the bogusness hadn't really set yet either, in the jello sense.
Posted by Tina Rowley at 7:12 PM