nablopomo day 11: we got the funk 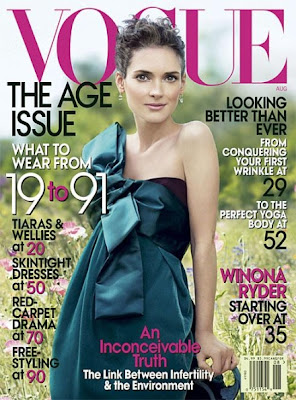 Winona Ryder asks herself, Why am I here? What have I to do with funk? You will see.

Which funk will I relate first? We're stinkin' lousy with funk over up in here.

Yesterday we had a raging party with all of Finn's stuffed animals. The party started on the chair. And dude, everybody was there. Koala was there. Mr. Pink. Elephantito. Teddy Bear. Other Teddy Bear. Old Teddy Bear. Bernard. Mrs. Kookaburra. Brooklyn. Bunny. Bunny Ilene made. Nordy. Monster. Ugly Doll. Small white teddy bear with the red bow - a totally obscure motherfucker who came out of the woodwork to get down. Miss Kitty. Giraffe. Leopold. Everyone. Everyone.

It started on the chair but the cops came and we took it to the playpen.

And look. Everybody at that party was WILLING to get down, but couldn't really get down of their own accord. So at one point Finn kept handing me partygoers to make them dance, and I had the whole party squeezed precariously in my arms, moving them back and forth and singing, "We got the funk. Gotta have that funk. Ow." Over and over. And Finn kept piling stuffed things on me and yelling, "Funk!" or "We need the funk!"

Later at dinner* Finn said to me, "We need the funk." I agreed and then he said, "Get it."

I can't get the funk for you, son. You have to summon your own funk from within.

So he's practicing. He's a little, uh, literal with that at this point. He was in his crib this morning, and we gave him a couple of magazines and a book and a booklight to play with to pass the time until we were ready to get up and get going with him. He said to me at one point, "Poop." And sometimes he just says it, you know? Apropos of nothing. So I didn't leap out of bed like, ARE YOU SERIOUS?! I was just like, oh, really? I see. Poop. Yes. And then he kept talking about other things.

I got Vogue magazine.

You got Vogue magazine, huh?

And then Dave came back into the room and pointed out that he had pulled out his own poop-free diaper through his pants leg, and then pooped down his leg onto the crib and also on to that issue of Vogue he was looking at. He got Vogue, yes, he did. He also got The New Yorker. Perhaps he was making some kind of bold performance art statement about the media.
Posted by Tina Rowley at 8:17 AM

Email ThisBlogThis!Share to TwitterShare to FacebookShare to Pinterest
Labels: poop, the funk, Vogue

You're going to need to stop writing my favorite posts EVER. Freaking EVER.

Your son and my son? Meant to be best friends, despite the age difference. Meant to be long-time companions, should they prove gay.

You made me poop down my leg, right onto my Vogue.

You bloggers with children. You always have something amusing and or funky to write about. probably no the best reason for me to have one though, right? Right?

I want a funky diamond room!

OMG - LOL!!! I think he was protesting the giant bow on Winona's dress and frankly I agree!