two things about a baby 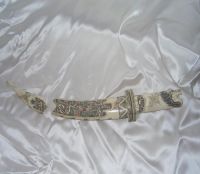 One of the trickiest among many tricky things about having a child is that you fall in love with him and you must not be shy to remain in love with him even if sometimes it seems like that love is unrequited. This is an unfamiliar sensation. Normally, in all my other relationships, if I've felt love blooming in me for another and sensed a dearth of love blooming back, I've either moved on post-haste or at least started making a list of things to pack for when I did eventually move. Here, there's no packing, there's no moving. If I love Finn and somehow he ends up deciding that he's just not that into me, that is too bad for me. I will have to live out my life humbly and openly carrying my torch. I'm not saying that Finn doesn't love me. I'm saying it's too soon to tell, and that sometimes a neurotic person could read his vibe as NOT INTO THAT PERSON*. And I'm totally into him. I write his name on my Peachee, his initials on my sneakers, I give him a code name**, I want to ask him to the Tolo. Finn 4-Ever. I will be the dork who never gives up. I will walk 500 miles and I will walk 500 more. I joke about this, but it's also pretty serious. It's dangerous! to bring a person around that you are going to fall on your knees adoring, and risk none of the love coming back your way. It's one of the reasons that I've never pursued acting with the vigor I might have liked to pursue it with***. Rejection is so deep, man. So scary. It's so much easier not to ask for the thing you want so much, and not to have to hear NO spoken aloud. C'mon, Finn. Love me. Mama needs a new pair of shoes.

* I also take his gassy smiles personally, though, so I'm reading things into things on both ends. Better for my emotional teeter-totter.

***I will risk the icy indifference of grammarians with that preposition, fuckers. 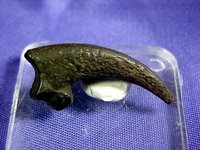 Dave and I went into Fremont for an hour the other day while our unbelievable doula Sara watched Finn. I had burped him beforehand, and he'd puked down my chest into my bra. Nothing to write home about there. Cleaned it up and moved along. But when we came home later I was idly playing with my hair and in back there was a clump that Finn had puked on that had invisibly congealed into some sort of small clear papier mache hair dagger. Oh, I can't tell you, can't tell you how creepy it was. It looked and felt like a little dagger, or a crow's claw****, or something else just horrible. I was so deeply skeeved that I could barely accompany myself to the bathroom to wash it out. I kept stalling and showing it to Dave a few times. Look! Look at it! Feel it! Look! I really had to force myself to go with myself. Ugh. Oh. Erf. Wash. Blarf.

****And now, hopefully a long hiatus from any even vaguely bird related content.
Posted by Tina Rowley at 11:15 PM

HA! That impulse to really examine something gross and to share it with a loved one is universal!

Far yuckier than anything is that bird claw picture. *shudder*

Someday Finn will tell you he hates your guts. Can you believe it?!?!? No way, I tell myself, not my little one. We will love one another forever.

I read a quote by a more articulate person that said, "having a child is letting your hear walk around outside your body."

letting your ***heart*** walk around outside your body

before he hates you he will love you, he is just too little to smile and coo back at you, it will happen soon, very soon and you will fall deeper into his spell. Before long you will be reading his blog as he confesses his childhood! But you will forever be under his spell.

okay, this is way too gross, but just know that in the font you're using, "cl" looks a lot like "d." i mean, i read it three times and still thought it was a d. coupled with the fact that it doesn't take a lot of imagination to think that that crow claw is actually a fossilized piece of dump . . .

and i was like, how did that get in there? and, you know, seven other gross questions and finally:

It's amazing, isn't it? Even with a crown of puke claws in the hair, a river of cleavage vomit, exhaustion, and nipples of poison fire, the Mom Love is unwaveringly, insanely strong. It's the Crazy Love, and it gets stronger all the time.

love this! I have a baby boy, and he probably thinks his name is Iloveyousomuch!