oh, everything is going to be MORE than all right

Last night, the best thing in the world happened - something so great, I barely know how to tell you. My heart is so full, so happy. I – I can’t…it’s too…so happy, so happy. 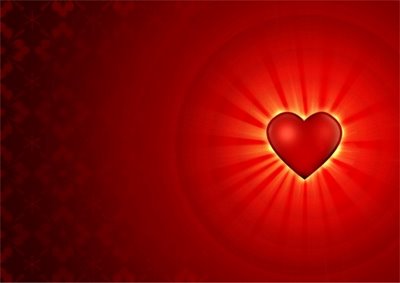 Dave and I were watching American Inventor. Have you watched it? We’d never watched it before. It’s a marvel. Retarded, tragic, hilarious. The cringiest, most wonderful car accident ever. A man comes on who’s given up his whole life – job, house, 26 years – for this game he invented, Bullet Ball. It’s awful, how on fire he is for this game. He’s sweating, nearly weeping. He’s positive that this game will one day be an Olympic event. It’s this little round table game where you bat a little ball back and forth with another person…it’s…no. The judges ask him what he has left of his life. He answers, his eyes blazing with tears, “I HAVE BULLET BALL.” He doesn’t move to the next round. This bizarre 12-year-old boy from Atlanta comes on, he’s accidentally invented an “invisible tear gas”. He’s the roundest, most deadpan, crazy-accented little man you’ve ever seen. The judges are all, oh, hey. You’re a good guy. You’re a good guy. But, no. Later the boy is seen in a montage of weeping losers against a white background. He looks almost completely stoic, but then he sniffles twice, slowly. Hugely. Majestically.

A man came on. A tender, wobbly man. He was holding one of these: 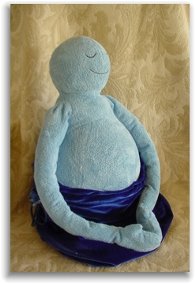 This is My Therapy Buddy.

Dave and I grabbed at each other.

The gentle, traumatized man spoke tremulously to the judges about My Therapy Buddy. By the looks on the judges’ faces, they were not as transported by My Therapy Buddy and his creator as Dave and I were. And then the gentle man pulled one of My Therapy Buddy’s feet (MTB was not wearing his velvet sarong on tv, his spindly legs were bare).

My Therapy Buddy said in a tenderly robotic voice:

Everything is going to be all right.

The judges turned him down.

Dave and I were horrified. He walked away clutching the buddy with tragic dignity. The buddy had its long weird arms around him, hugging him. Dave and I instantly had the same frantic thought,

And we threw the computer open and got right to it. We were in no way ready to say goodbye to My Therapy Buddy. We needed to see it a little more.

The first item we see on the search page is the My Therapy Buddy online store.


We barely have to discuss it. My Therapy Buddy is $70. Sold, SOLD, it’s a bargain. We’re moving lightning fast through this transaction, I’m typing our information perfectly at top speed, the whole exchange is practically lubricated by how in favor we are of what is happening.

We’ve done it. We’re thrilled and exhausted. He is ours. She. It is ours. It’s coming to our house.

We go a little more languidly back to the search page and find the whole website. More treasure. This is a holy, holy night. My favorite quote from the website: "98% of the people on this planet can find comfort from a Buddy. " I enjoy imagining the benighted, stonehearted 2% who cannot.

We’re so happy that Finn is going to grow up in a house with My Therapy Buddy, where he will learn:

a. that everything will be all right

From our hearts to yours, Dave and I give you

*Be sure to have the sound on.

You are so welcome.

Oh My God!
I love the video, but I got hear him/her say those magic words...

I know. I can't believe he doesn't say it. All the fantastic, slow build up. I must hear him say it! I am in a state of suspended, almost painful anticipation. Aching to hear those words spoken. Please invite me over for a mytherapybuddy party soooooooon!

it's almost cruel that they don't give it to you. YOU HAVE TO BUY ONE to hear him say it. i have to admit that there's something soothing in even just looking at the photo of that thing. i can't imagine what three dimensionality will do for me. i'm not sold enought to actually buy one but i am eager to see how useful it is and how long it stays out in the living space before it goes, say i don't know, down in the basement? i think you need to start an entirely new blog dedicated to the mytherapybuddy. i wonder how useful he will be in childbirth. if he will be soothing to clutch or if you will be like, "EASY FOR YOU TO SAY MYCONDESCENDINGASSHOLEBUDDY!!" so many possibilities. it goes without saying that you should keep us posted.

K I'm trying really hard not to think that it's just a doll for grown ups, I'll keep trying...

Pete and Shaftway: Don't you worry. You will hear the voice of the buddy. As soon as it arrives, we will convene.

Hil: Don't say that about the basement in front of the buddy. It doesn't need to know.

To the P: It breaks my heart to think that somebody might click on the website and find solace in that song. I'm sure it's happening, somewhere. Argh.

i saw the buddy on a promo for that show, and i am so relieved that i'm not the only person whose reaction was to kind of want one. i didn't hit anyone, but . . . and this was before i knew MTB talked.

and, for the record, a. and b. together would seem to make a fantastic person-growing environment.

He seems like a very supportive fellow, but my unreasonable fear of talking dolls would not allow him into our home. I would love to talk to him on the phone though.

That is awesome and I want one too! I really like how his eyes are closed. Do you ever close your eyes when you give someone a really big hug? I do and that's what he reminds me of.

and yet my unborn lamb's wool hat is somehow a ripoff at the same price?

Louella: Yes, you would have hit somebody if you heard him talk. And that was a lovely compliment.

Boliath: It's perhaps a very expensive doll, but it's a bargain basement price for the juggernaut of comedy he brings us.

Eve: You could have him in your house and just not touch his feet. Then he won't talk. And to prevent your babies from touching his feet, you could...bandage them, and say that his feet have been badly hurt. Or you could dip him in cement.

Sean: Ah, you misunderstood me. I would have paid $65 for that hat any day. In the photo, though, your eyes are missing. And I thought that if you had to give him your eyes AND $65, then he was driving an overly hard bargain. If you're in possession of both your eyes and that hat, you are a rich man.

I really do feel kinda bad for ole boy. All he wanted to do was make someone who didn't have someone feel better. What's wrong with that. We need more people like him.......doll or not.

I can see the 2% having an unhealthy relationship with their buddy. I mean....what happens when things really get bad and the lights go out.........and you have to use the batteries out of your buddy for the flashlight!?!?!?!?!?

Sadly, I have come across people who didn't have ANYONE in their lives. This makes me think of them. Poor souls!!!!!!

Of course, there is no point to this item, and it's not an invention... it's a craft. However, it is now a marketable item due to it's cult status. There are many directions this can go, but no matter what, My Therapy Buddy will be a success. First of all, the American Inventor show featured him twice. This has now become a heartwarming story instead of a joke. But the key here is the show. If this item were just to pop-up on Wal-Mart shelves (and it will) without the show, no one would buy it. But, now with the story behind it, and the rocketing to cult status, even I want a Therapy Buddy, just to say I have one. This is Beanie Baby 101, and whoever gives them a contract will make a huge short-term profit. And the "inventor", at 61 years old, will soon be "vindicated". I look forward to seeing and supporting the upcoming phenomenon.