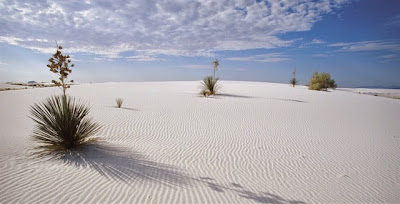 I had some different plans for this post—I'd been thinking about friendship break-ups, and my increasing reverence for deep, active friendships, what a kind of crazy miracle they are—but the instinct to get into that evaporated and now I'm just going to talk to you about what's happening at this moment, what I'm thinking about at writing time. The friendship break-up thing, though, I'll return to that here at some point. I had a big one this last year, and that's a hot topic in my brain on the regular. But today the breeze has blown me somewhere so much nicer, and I want to go with it.

I've mentioned earlier that I've been working with this spiritual teacher, Jim, whom I chat with via Skype every couple of weeks. We had a session today, and I want to take you where we went.

Where do I start? How much do I set you up with? I can't drop you in cold.

I started working with Jim last November, a few months after the recovery needle started moving up after my huge mystery illness. (For those late to the game, short form is that I had a huge mystery illness in 2012/2013 that had me bedbound for a few months and then hospitalized for a couple of weeks, and then I got all the way better and I remain at 100%.) Those first few recovery months were just about gaining strength/catching my breath/enjoying life, but the illness itself was terrorizing and relentless. I want to talk about it sometime, but not today. Anyway, a few months after I came out of the hospital, I lost nearly half of my hair in a delayed stress response, which will maybe give you a sense of scale. (Hair's all back now, been back for about six months, she said, pulling the strands around front and kissing them, mwah mwah mwah.)

So my body was recovering, but my insides needed some care. The illness was so damn medically mysterious, and I'm the sort that starts to wonder what might have contributed to it energetically or emotionally, and even if nothing did, even if my body randomly flipped out and broke for a while, I wasn't taking any chances. Once I was healthy enough, I was like fu-hu-huck this, let's grab a shovel and some mining helmets. We're getting a—what's a Sherpa for going underground?—one of those—and going in. 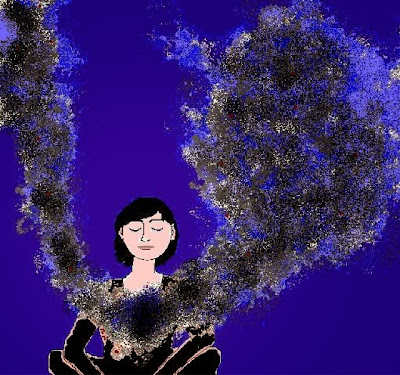 That was the illness for me on a metaphorical level, what it seemed like it was trying to do for all those months. Cleaning house. Don't ask me yet what was getting cleaned, because I don't know, and I don't know if I'll ever know, and I don't know if I'll ever need to fully understand. My own stuff. Family stuff. Ancestral stuff. Quién sabe? But holy smoke, I must have had some kind of long-term ecological disaster reverberating down there. Gulf-of-Mexico, BP-level crud accumulating in me over who-knows-what span of time. That's what it felt like, anyway.

So, yeah, there was this something to deal with. And then Jim and I started working together. I'd approached him in the summer, after I'd taken a free class of his—in which I'd been impressed because he spotted that mass-feeling-thing down in my whereabouts and described it to me without my having mentioned anything about it—and he was like, nope. Go chill for a couple more months. You're still stabilizing. And then November came, and he asked me to meditate for half and hour every day, and we'd get on the Skype every other Tuesday, and dig in.

It's hard to describe a typical session. It's not therapy, we're not talking about very many of the specifics of my day-to-day life. There's an improvisational vibe. It's like I'm one big, shifting metaphor, and we look at whatever gets kicked up to represent my internal terrain on any given day. We started out spending a lot of time in a kind of genie-bottle-cave right in my middle—sometimes inundated with flood-waters, sometimes clear and dry. I always had a little flame in there to illuminate things. Sometimes it was birthday-candle pitiful, sometimes it was campfire-sized, but it finally got gigantic/dazzling enough to break the genie-bottle-cave frame and deposit us in some different scenes. I've found myself at Indralaya, I've found myself in creepy, flame-extinguishing blackness, I've found myself in a forest. We take a look around, I desribe what it feels like, we see what it's connected to if we can, or we just note it and move on.

We're getting to the good part, the thing that made me write this post.

That desert picture up top, that's as close as I could find to give you a representation of the new terrain we discovered a couple of weeks ago. Amazingly, Google-Image doesn't have any shots from my subconscious, or superconscious, or wherever this place is. I don't know how I got there, I don't remember what came before it in the session where it appeared, but it's the best place I've ever been, so I want to talk about it. I want to say what it's like. I visit it sometimes on my own, and it's better than any vacation. Potent, alive, like a great dream that's broken out of its nighttime box and become real somehow, as real as my backyard.

It's a pale, sandy, baked-out desert landscape. The air is still and warming, and it's usually dusk. I'm sitting there at a little encampment by myself. Home base. Maybe there's a rug and maybe there's a white tent, a kind of Laurence-of-Arabia setup, but the physical details are secondary to the feeling there. The first feeling is of permanence. This place, this warmth, this perfect stillness, they will always be available to me. It's not going anywhere. I will never be denied access, I can tell. And with the permanent feeling is a sense that this place makes all things okay.  There is no bitch or worry or heartache or fear I can arrive at this spot bearing that doesn't start getting transmuted instantly.

When my husband proposed to me ten years ago on Balmoral Beach in Sydney, it was one of those transcendent moments where all the bad feelings in the world felt like they'd drained away. I couldn't feel a drop of darkness anywhere on Earth for the life of me. I wondered a little bit if we were still on Earth. The sensation lasted, I don't know, fifteen minutes? Half an hour? I mean, the whole day was glorious, but this shot of pure sublimity dissipated relatively quickly.

And back in 2001, I traveled with my then-boyfriend and his family to England, and we made a stop in Bath. The Roman baths there in Bath, the main attraction, where people went through the centuries to heal from illness—holy gods. You can feel in ten minutes how it came to be a healing Mecca. I sat by that pool and I never wanted to get up. The air there was so tranquil and humming. It felt like it was doing something, you know? Bittersweet, because after an hour we had to go, and I wanted years.

The love and brightness on that beach, the healing vibe by the baths: mush them together and we enter the territory of this desert image/experience/thingy. But the kick is, this place is mine. I own it. I have it, I can't lose it. It may even be me, the ground of my being underneath all my history and habits and specifics. That's Jim's theory. I can't speak to that and I don't care. All I know is that every time I take myself there, it's complete, instant respite, a heaven-feeling, the spa of spas. I don't know what it is, but it makes me feel so solid to know it's there, like I've discovered an endlessly renewable ace up my sleeve.
Posted by Tina Rowley at 12:04 AM

I sort of know what you mean. There is this weird internal spring of happiness/well-being/joy that I can gain access to sometimes, and I feel good knowing that it is there, even if I cannot always reach it. It's there, and it is what is real.

I offer you my most genuine gratitude for sharing this.