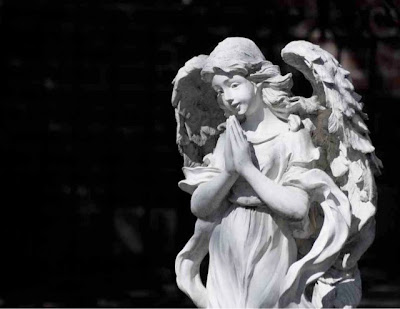 Starting back in January, when I made a commitment to pump life back into this blog and post once a week, I had a grace period for a couple of months where the topic for the next post would arrive well in advance, floating up to the top of my consciousness with a feeling of certainty and a few sentences ready to leap. It was a nice ride, all those ideas sidling up to me politely like little butlers, offering their services a cosmic minute before I needed them.

Yes. Well. We've moved to a different part of the program. And, of course, I knew that golden age would pass. There are a lot of weeks under the every week umbrella. They just keep coming. One of my writing mentors, Bob Ray, talks about how much endurance is a part of the deal, and that's a big set of muscles getting worked right now, though not the only set.

Sometimes I get hit with resistance so hard that I can barely keep my eyes open. I took two long, powerful, inadvertent naps in front of the blank page just today, trying to figure out what the fuck I was going to talk to you about here, and that was after a good night's sleep. I didn't want to go under, I fought it, but it was as though I'd wandered into a field of enchanted poppies, or been slipped a roofie by some internal saboteur, which I actually think is about right. My money's on the notion that this move to develop endurance as a writer is starting to challenge some old identity, and whatever identity that is is not having it.

Soon after college, I remember hanging with my friend Tanya, complaining to her about how out of shape I was. Tanya offered, sensibly, that I could go the gym. And I was annoyed, like, THAT is not the POINT. I am not looking for SOLUTIONS here. If you drag solutions into a thing, you don't get to keep your beautiful, tragic destiny, and I guess my beautiful, tragic destiny was to be an under-appreciated weakling or something? If I went to the gym, I would become a whole different person, and nobody just becomes a whole different person. Doi. I didn't examine this resistance, either. You get an idea wedged in there and it's going to look solid at a glance, so you just leave it.

Lately, I'm having this thing where I burst into tears of longing whenever I hear of somebody getting a book published. They don't have to be real people, either. I saw Her for the first time a couple of weeks ago, and when Joaquin Phoenix's character was surprised with the news that a publisher was turning his letters into a book, I had a heart pang and a little sob popped out of me, so dramatic it was almost comical. But news of book publication, faux or no, hits me like I'm one of the people left behind after the Rapture. First it's like, wow! Yay! Rapture! How 'bout them apples?! And then I'm like, oh, no. I'm down here among the damned. Everybody's up there eating potato salad in heaven or whatever and I'm stuck down here wandering around some horrible housing development underneath a gloomy, apocalyptic sky.

You don't even have to say it. You don't. You want to, I can feel it, YOU SENSIBLE TANYAS. You're about to say, how 'bout just writing a book, doofus? I got that part. I'm working on it. I'm just stalled, so I'm popping open the hood to see what's gumming up the machinery.

Like, for example, I have some ideas about what real writers are. I know I'm a writer, but I'm talking about Writers. Besides being published, they're like something. You got two kinds. There are your tough, whiskey-swilling, unstoppable, Indiana Jones motherfuckers who outrun boulders and hang off the bottoms of moving trucks and punch Nazis and just get the shit done, no matter how beaten up they get in the process. They have no time for little armchair dreamers. Talk to them after you've retrieved a couple of arks. And then you have your academic, straight-A, Ravenclaw types in sweater sets, typing away primly, amassing endless stacks of pages. They have no time for Type B fuckups, people who turn in their homework late or not at all. They peer down over their glasses long enough to sniff that you all got the assignment at the same time, so you really have no excuse.

So that's the gamut. Real writers, right there. Never mind that I know a good bunch of real writers, by my definition, and they're generally delightful human beings whose company I enjoy. I'm still toting these ideas around, which is a problem because a) I'm not like either of The Two Kinds of Writers and b) I don't want to hang around with them or be rejected/mocked by them. Why go for success as a writer if it means I'm applying to swim in and then drown amidst a pond full of dismissive assholes? That sounds bad, right? Totally bad. Give up.

What's a bit more radioactive, and trickier, is bumping up against an outdated identity that doesn't want to let go. I can feel it in there. I felt it in there today as I struggled to stay awake. The work I've been doing—writing work and spiritual/emotional/whatever-you-want-to-call-it  work—has dug up what feels like an ancient statue, a porcelain-hard Tina-likeness, something that's calcified over hundreds of years of reinforcement. (Let's agree that I could be a few hundred years old for these purposes, okay? It's just a metaphor. It's all a dweam.)

This Tina-statue is an unassuming, supplicant, pitiful little creature. A wimp-angel. When I look at her face, I can tell that she needs permission for the least move. She looks flinchy, like she's been beaten, and she's just trying to sneak along under the radar so she won't get hurt. I don't know exactly where she came from, but being a writer probably feels to her like a terrifying move. If you're going to say things out loud to people over and over, you're probably going to say the wrong thing—over and over, even—which is inviting the worst kind of trouble. And I think when I say the worst, I mean the worst. A survival thing.

So there she is. You have to walk a fine line when you pull up something like this, I think. Deciding this is a made-up problem and plowing forward disregarding it feels like a mistake, like kicking the problem down the road. But there's a heavy victim element in this statue-image that I don't want to romanticize/further attach myself to, either.

A friend of mine, a Real Writer, likens the writing process to doing dishes. You just get in there and do them. Sometimes it goes quickly, and sometimes you hit a patch that takes a bunch of scrubbing, and you just have to hang in and scrub, and you just do it. I like this. I like the simplicity of it, the lack of drama. I feel like something similar goes for undoing old conditioning, only the scrubber in this case is just pure attention. There's something cleansing in plain old attention, something that can dissolve anything with enough patience, no matter how hard and baked-in the mess is. It's enough just to look.

Thank you for sharing your wisdom, humor and humility. I am officially addicted to your blog and the slice of sadjoylovewonderexcitement introspection I feel with every post. There are usually tears too cause it's so damn beautiful.

I'm personally hoping you just dive and start doing those dishes, I look forward to your posts and would read anything you wrote. You have way more talent than I think you give yourself credit for. Good luck!

Once a week. I must muse over this. I think I could do it. I need to be back.

I have lately run across the "fixed" vs. "growth" idea that resonates with me. I have a "fixed" mindset buried in me-the idea that if you are a Writer, you do it, you arrive at it easily. I'm trying to claim the "growth" mindset-that every step you take brings you closer to knowing how to do something. The fixed mind-set is a toggle switch-on or off; the growth mind-set is more like a dimmer switch, and I'm trying to get there.

My dear, my dear, thank you so much for letting me know that I am not alone. This post resonated with me. It grabbed me by the ponytail and shook it a little bit. Yes, do get in there and do the dishes. I am on pause myself and have been for quite some time. It's a mystery how I came to be in this place. But you, you could describe wallpaper and make me laugh. Forge ahead, take up the lantern and lead the way!

I hate my own forward-momentum-paralysis-naps, but can't seem to avoid them. I've only known you for a short time, but long enough to know if you announce you've written a book, I'll be one of the first to order an advance copy.

Ok, don't ever wonder what you're going to write in these posts and just let us hear you thinking, just like this post. Enjoyed this immensely. Would think therapy no better than this, with all the insight. Thank you. Wonderful stuff. You ARE a writer.

Honest to goodness, you commenters here are the best.

T, Lori, Roberta, Cheryl: Thank you so much for the good word, folks. I'm touched by the support.

Pdough (love the handle): What a freeing bit of encouragement. Thank you! I used to do that all the time on this blog and I sort of forgot that it's okay to just talk. You've done me a bigger favor than you might imagine.

Valerie: Somehow I've landed on Doi, like Bolshoi. I have noi dea why.

Susan, I really like the eye on the fixed v. growth mindset. That's helpful, and I'm going to be on the alert for that.

You people are good.

I "accidentally" found you and your brilliant words while looking for a writer. Instead, I found a Writer. I love when I can correctly use the word 'serendipity' when describing something. It's my favorite word, and I don't get to pull it out, dust it off, and use it very often. So thank you for that. Please, do the damn dishes