a thing that seems cruel and an uplifting thing 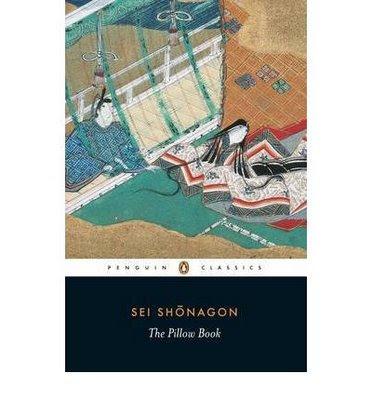 Do you know this book? I read it many, many years ago and I wish I had a copy in my hand right now. Sei Shonagon was a member of the court of Empress Sadako back in the 10th century, and she wrote this beautiful mish-mash book of lists and observations. Here she is describing how it came about:

"Let me make them into a pillow," I said.

"Very well," said Her Majesty. "You may have them."

I now had a vast quantity of paper at my disposal, and I set about filling the notebooks with odd facts, stories from the past, and all sorts of other things, often including the most trivial material....

I was sure that when people saw my book they would say, "It's even worse that I expected. Now one can tell what she is really like."

(Oh, ancient proto-blogger, I know how you feel.)

The book is full of the oddest, most charming lists. Pleasing things, ugly things...I found this one on the web.

Words That Look Commonplace but That Become Impressive When Written in Chinese Characters:

Strawberries
A dew-plant
A prickly water-lily
A walnut
A Doctor of Literature
A Provisional Senior Steward in the Office of the Emperor's Household
Red myrtle
Knotweed is a particularly striking example, since it is written with the characters for "tiger's stick." From the look on a tiger's face one would imagine that he could do without a stick.

What a long lead up to the tiny substance of my post. It's not going to be a list. Or it will be a list of consisting of one item, which might disqualify it. Here's my own pillow book entry for today.

The knowledge that a fond memory that you have of yourself and another person might be remembered indifferently or worse by the other person in the memory, making it difficult to treasure the memory uninhibitedly.

When you are positive that your very fondest, most sublime memory of yourself and another person is viewed in the same exact glowing light in the other person's memory, and you can look over and confirm this out loud because you have married the other person in the memory.

I'm declaring "Pillow Book" as my theme for May.

*A different Garden of Eden, where you can eat the apples.
Posted by Tina Rowley at 5:54 PM

Interesting blog you got here. It would be great to read something more concerning that topic. Thanks for giving that material.
Sexy Lady
English escorts

I will look out for that book!